In 2015 a Mining Licence was granted to TML following the issuance of the Environment Licences required to undertake Mining Operations. An independent Resource Estimate and Geological report was also undertaking and classified a Resource of 200,000 oz. for the drilling undertaken to date. Approximately 50% of this was to Measured and Indicated category. A subsequent independent feasibility study was undertaken and classified an economic open cut Reserve of 44,000 oz. at 2.9g/t, for the 2 ore zones (of the 10 available) explored in detail to date. The Pre-feasibility study was based on a small scale gold mine and processing facility operating at a rate of 15,500 oz. per year.

An agreement has been reached to acquire an adjacent PML2637 and a Mining Licence ML419 located within PL6294 is also under an agreement to acquire. ML519 has a 3m diameter concrete lined shaft down to a depth of 110m which will give immediate access to underground ore. 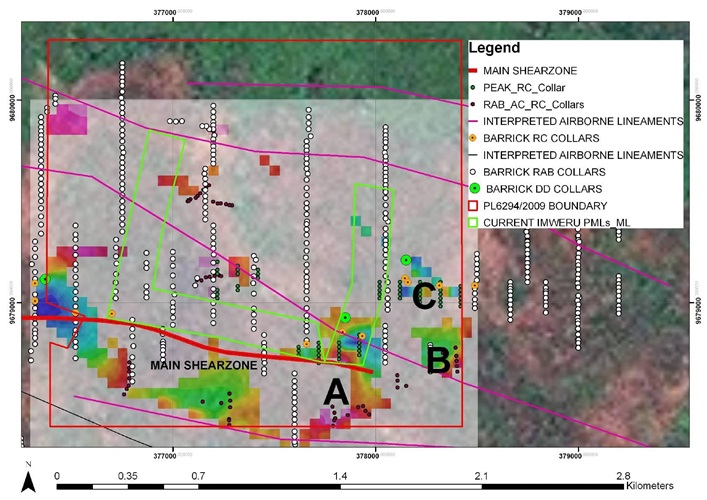